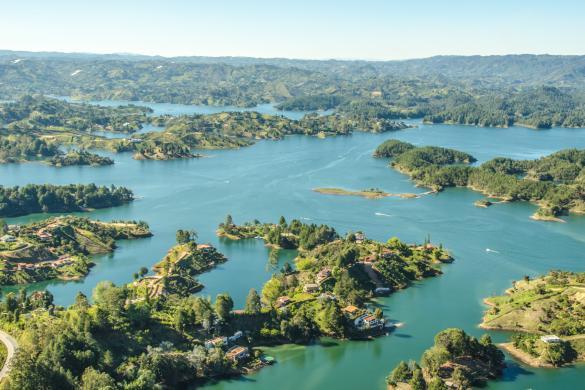 Under the direction of Manolo and Cristina Gomez, Word of Life Colombia began in 1982. Currently Andres Acosta heads the ministry along with three couples and two singles comprising the missionary staff. The ministry is headquartered on a 20-hectare youth camp property near the capital city, Bogota. Camps accommodate 550 young people per year. Eleven Bible Clubs have been established in places such as Bogota, Medillin, and Armenia. Evangelism continues to be the major thrust of the missionary team using Children's programs and musical in public schools, campaigns, sports marathons, and family picnics. In the most recent year with complete statistics, at least 2,850 Colombians trusted Christ as their Savior.

Colombia's 1,140,000 square kilometers of land ranges from beautiful mountains to rain forest. Bogota, the capital city, is known for its architecture, vibrant culture, and extraordinary museums. Sadly, the country has found itself trapped in a cycle of violence with its history of military dictatorship, two civil wars, terrorism, drug trafficking, and a murder rate eight times greater than in the United States. Spanish is the official language, but roughly 75 Indian languages continue to be used today. It is estimated that 90 percent of the population of 36 million are Roman Catholic. In recent days, many Colombians have become involved in occult practices.