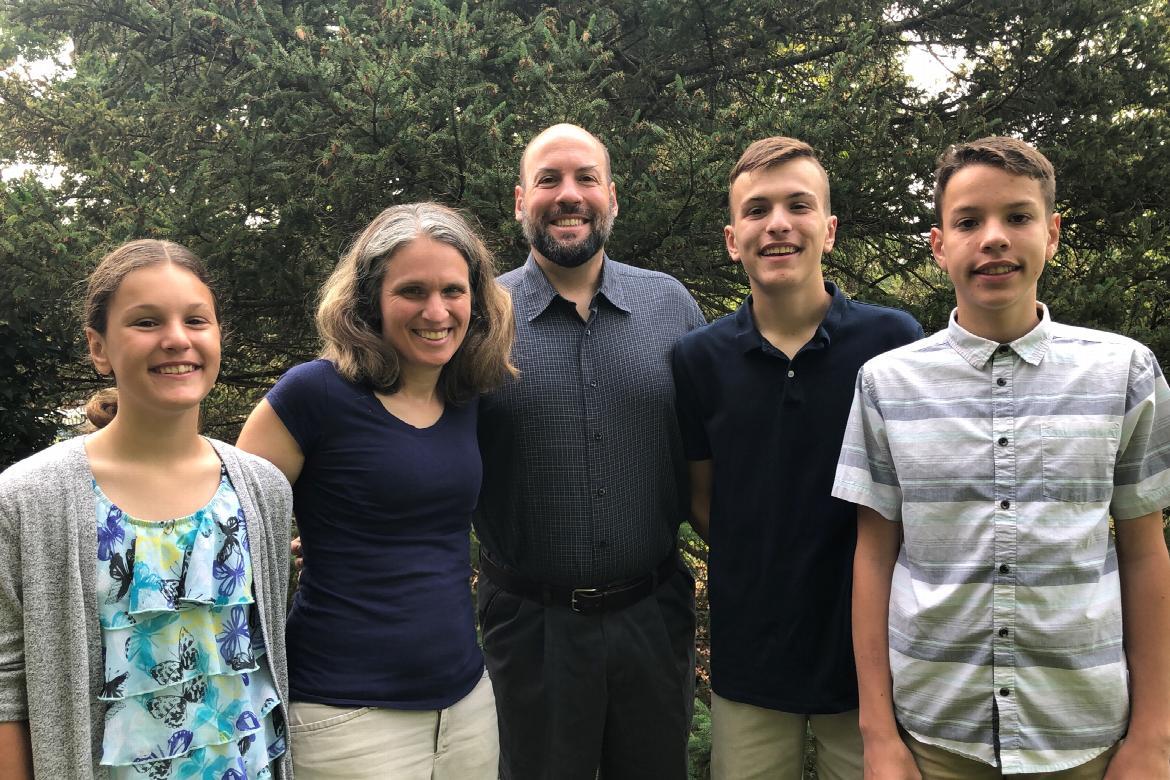 After serving at a Discipleship Training Center called the "School of Youth Ministry in English", (SYME), for two years in South Korea, the Lord led them to Taiwan in May 2006 to establish the WOL ministry and a new discipleship training center there. SYME-Taiwan opened on February 2, 2009 in Taichung with 5 students and steadily grew over the next few years until the summer terms were averaging 38 students and the rest of the terms averaging 15-20 students.

The Lord grew the ministry staff as well, and in 2015 the Steiner's passed the torch to new leadership, returning to the US for a sabbatical year. During that year, they were invited to leverage their experience in Asia to assist the WOL - Nicaraguan team and help start a new discipleship training center called "English 4 Life". They focused on coaching the Nicaraguan staff and integrating the English and Discipleship ministry into a cohesive whole. The whole family lived in Nicaragua from the fall of 2016 through May of 2018.

After returning from Nicaragua, Chris began working with the WOL team in Poland to establish English 4 Life-Poland, and he began serving as the WOL Missionary Application Coordinator in 2019 - 2020, assessing and guiding missionary candidates from the around the world as they prepared to become fulltime Word of Life missionaries. In the meantime, Chris' desire to provide encouragement, support and guidance for the international SYME / E4L ministries grew and in 2020 he became the International Director of the SYME / E4L ministries, working with teams in Asia, Latin America and Europe. The Steiner family is currently based in the US while he works with the international teams.

How can YOU personally get involved with SYME /E4L as a volunteer teacher?

You will become an important part of an amazing discipleship training team in a foreign country, watching God use you and seeing lives changed before your very eyes. SYME / English 4 Life utilizes volunteer teachers from English-speaking countries to work with young adult students in Japan, Nicaragua, Poland, South Korea, and Taiwan. You will facilitate English and Bible classes designed to help students understand and use the Bible in their daily lives. You will work together with national and international missionaries to disciple and mentor 18-30 year old adults. You need to be fluent in English, have a relationship with the Lord, have a desire to teach, and go through the application process. Short term volunteers make commitments to serve for 2 months, with many coming back year after year. We also have a number of people who have served with us for 4 months, even 10 month at a time as they seek to support this dynamic ministries and determine whether the Lord would have them come back and serve with us fulltime.

What is SYME / English 4 Life?

SYME & English 4 Life are Discipleship Training Centers. Students learn Ministry and English skills as part of an immersive Christian Discipleship program. Many students are preparing to study abroad at Bible colleges or seminaries. Others are looking to increase their walk with the Lord and their ability to do ministry in their local church. After finishing, some will attend seminaries and ministry training programs in Asia, others will finish their degrees and continue in their secular careers. ALL will have been trained to work with their local church in the areas of Youth Ministry, Discipleship and sharing the Gospel. SYME also accepts a number of unsaved students each term. These students are seeking spiritual truth and are open to God's Word. Many of them come to Christ and are equipped to effectively share their new-found faith with family, friends and coworkers using the materials and skills they have learned at SYME / E4L.

Chris grew up near Findlay, Ohio, with parents who had committed to raising their children to serve the Lord in whatever career they might choose. Not only were they active in serving their church, but they found many ways to personally introduce their children to missionaries from around the world.

Chris personally accepted Christ as his Savior when he was five years old. Later that year he was baptized at Bible Fellowship Church in Arlington, Ohio. While attending Christian summer camps as a teenager, he dedicated his life to serving Christ in any way that the Lord would lead him. As a university student he began to be very interested in missions and started preparing to be used by God in overseas service.

Chris's ministry preparation started with two years at Word of Life Bible Institute (Bible, Youth Ministry and Missions emphasis). He continued his education at Liberty University where he received a BS in Biblical Studies and then an MA in Intercultural Studies and Teaching English as a Foreign Language (TEFL) from Columbia International University, Columbia, South Carolina. From there he moved to Denver, Colorado, where he began working with immigrants and refugees and teaching at the university level. During that time, he volunteered with local campus outreach programs at the University of Denver.

Chris and Beth initially met while attending Word of Life Bible Institute, but it was almost 10 years later that the Lord brought them together in a new and significant way. They were married in April 2003. Shortly thereafter they began serving with Word of Life in South Korea at a Discipleship/Youth Ministry Training School (SYME) for South Koreans.

In May 2006 God led them to establish Word of Life's first Chinese speaking ministry team in Taiwan! In October 2016 their family moved to Nicaragua to help start English 4 Life (SYME)! They returned to the USA in 2018 and now Chris is working as an International Missionary Trainer, which allows him to work with multiple countries at the same time.

Beth grew up in a Christian family in Marietta, Ohio, and accepted Christ as her personal Savior during Vacation Bible School at the age of seven. Later, while attending a Christian summer camp, she dedicated her life to the Lord and to going anywhere He would lead her. She attended 2 years at Word of Life Bible Institute and completed her undergraduate work at Baptist Bible College in Clarks Summit, PA. Later, she, earned a master's degree in teaching English as a Foreign Language (TEFL) at Columbia International University. After graduating she taught in public and private elementary school settings while continuing to be involved in short term mission trips during the summer breaks.

Psalm 32:8 "I will instruct thee and teach thee in the way which thou shalt go, I will guide thee with mine eye."