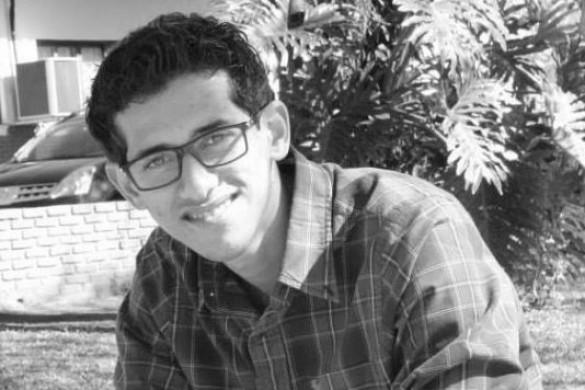 I was born in the cityof Imperatriz, in the state of Maranhão, Brazil, into a christian home. My father was always in the pastoral ministry. When I was eight years old, I acepted Jesus as my personal Saviour as I heard a message preached by my father. From that point on, my life began to change. My first contact with Word of Life was when I was 15 years old. I served as a life guard at the Word of Life Summer Camp in Atibaia, São Paulo, Brazil. While there,I heard of the WOL EMME group (School of Music, Ministry and Evangelism) where I later attended for a year. After my year at EMME, I went through a rough period where I was unable to participte as a volunteer during summer camps because of indisciplinary conduct. That served as a lesson for me and impulsed my reconciliation with the Lord, to repent of my sins and have fresh start, this time doing things differently. In 2006, I had my first oportunity to serve in WOL again, this time in Caldas Novas – state of Goias. A friend from church invited me to go and serve during the summer; and this time I was determined to change my life around. My first time serving with WOL Caldas went so good, that the leadership began inviting me to participate in the other events, even paying my transportation to be able to serve in the different conference seasons and events. In 2009, I was invited to serve for a year as a colaborator in the ministry, and I have been here ever since. In 2011, I became a missionary in training and in 2013, was accepted as a full time missionary with WOL Caldas Novas. It has been a blessing to serve in such a vibrant ministry. I serve in the area of music ministries and tech service. Since I have been here, I have been able to put out a CD with some traditional hymns and some of my personal music. My desire is to one day marry and have a family to better serve the Lord.

When I was five years old I accepted Christ into my life because I understood that I was a sinner in need of a savior. I am thankful to say that I grew up in a Christian home and had constant good influence in my life. But even though I had that, my faith was barely my own. I did not fully understand what it meant to follow Christ and live a life for him. Later on in my early teens there were some situations that began to happen at home that challenged what I believed in. During that time of challenge my faith was stretched and strengthened, but at the same time I was angry at God because of what had been going on. Later on I applied for the Word of Life Bible Institute on a whim at a campus day. I had no idea the journey God had in mind for me when I did that! During my first year my faith became so real to me and my relationship with God was restored. I knew for a fact what I believed was true and I recommitted myself to God. I applied for second year because I had a desire to continue to learn and strengthen my faith. I had the opportunity to go to Brazil for our missions reality class; On that trip I was able to talk to the current Cross Cultural Interns about what they do. I did not know what I would be doing after I finished my second year, all I knew was that I wanted to serve Christ no matter where I was, or what I was doing. And so I thought to myself "Why not Brazil?" I felt a tug in my heart after that, and I prayed about it, and sought advice. After that I decided that I would apply for CCI! God has been so good to me through the trials at home, and I am trusting Him with my life!