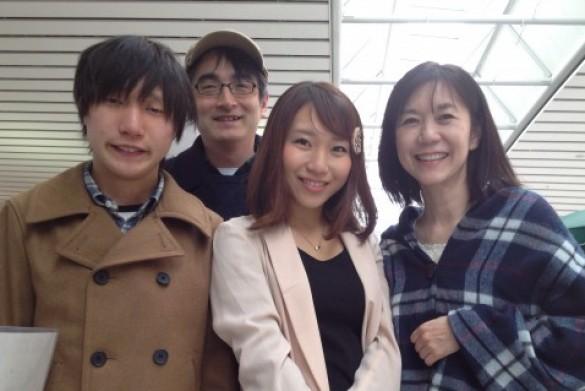 Local Church Ministry in Sendai and in Minami-sanriku, one of the tsunami hit area in 2011,

Helping with SYME (School of Youth Ministry in English),

When I was 12 years old, my sister took me to a church camp. There, the Gospel was preached by the Japanese pastor, who had been saved on the WOL Island camp many years ago. I received Christ as my personal Savior. In 1989, God led me go to the Word of Life Bible Institute (WOLBI) in NY. There, God gave me a desire to go back to Japan as a missionary and tell the Gospel to my own people. Since 1995, I join the ministry of WOL in Japan. In 2000, we move to Sendai, in where one million people live.

I was born in a typical Japanese family, which followed both Buddhism and Shintoism. When I was four, my mother got seriously ill and my father passed away. But somehow, I realized that there is a living God who knows me and protects me. I started praying to God without knowing who He was. When I was 13, a friend of mine invited me to a church. There I met Jesus as my personal Savior.

In 1988, I went to WOLBI and there I dedicated my life to the Lord, Who knows the best way for me. In January 1989, I started serving God with WOL Japan as a translator of the Bible Club materials.

John 12:24 - Truly, truly, I say to you, unless a grain of wheat falls into the earth and dies, it remains alone; but if it dies, it bears much fruit.