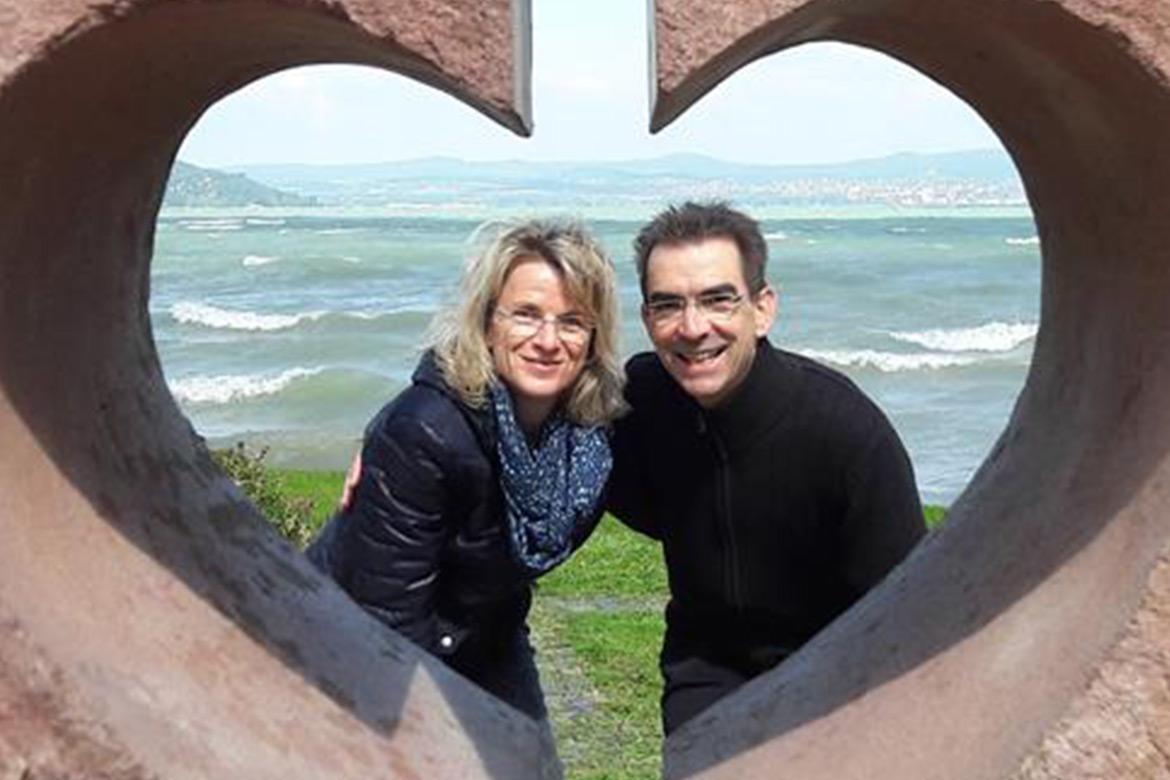 The two of us became staff members of WOL Germany in 1987 at Lake Starnberg. This is also where we got to know each other. Following our marriage in 1990 we spent one year in Hungary in order to support the starting ministry of WOL. Impacted by this year, we decided to attend the Theology Seminary Adelshofen for a four-year course. (Comparable to a BA in Theology) Returning from Seminary, we served part time in our home church for 5 years. In 2001 we started again our ministry with WOL in Hungary.

Our first duty was Germany Ministry (Camps, teaching in schools, German Interns). Later on, Axel became the head of Operations and managed all renovation and building projects on the property. Annette reorganized the area of „Guest Services“.

In 2012, God directed us back to WOL Germany. Annette got involved in the Guest Services and Axel started as head of Management and was leading Operations. Since 2021 Axel is head of funding/grant management, which also covers building project management and maintaining contacts with authorities.

Our common task is to provide a good basis for an increasing ministry in order to make God's Kingdom grow in Germany! Our goal is to share the Gospel of Christ to the youth, to encourage Christians in their walk with the Lord and to disciple them. Local churches are to be supported and Christians need to be trained in order to become good servants in those churches.

I grew up with a knowledge about the Christian belief but I did not have a personal relationship with Jesus Christ. At a youth camp held by my church in 1986, I received Christ as my personal Savior. That same year at a summer camp at Word of Life in Germany, I dedicated my life to the Lord.

I grew up in a traditional Christian home. I believed that God existed but I did not hear, that He wants to have a personal relationship with me until I got to know a Christian youth group in a neighbor village. A few months later, in the fall 1986, I accepted the Lord Jesus Christ as my personal Savior. At a Word of Life Camp in Germany in 1987, I dedicated my life to the Lord's service.

I Corinthians 15:58: "Be ye stedfast, unmovable, always abounding in the work of the Lord, forasmuch as ye know that your labour is not in vain in the Lord."