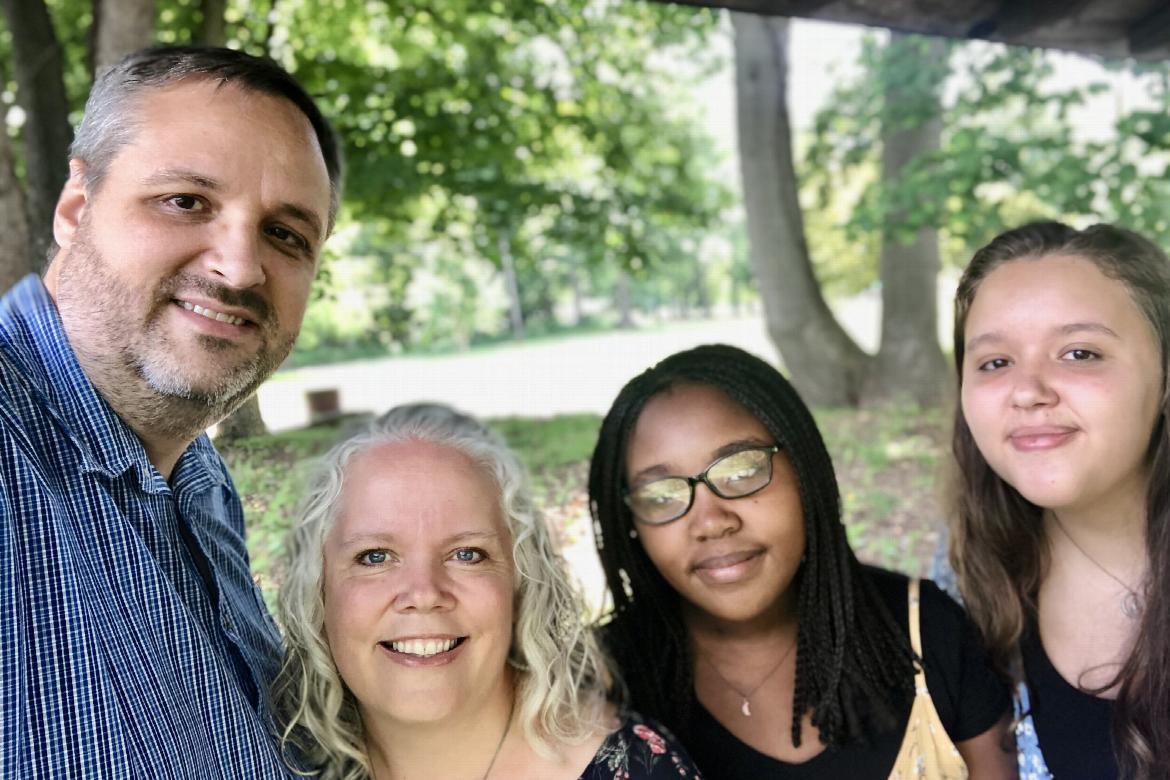 Brad & Mary have been serving with Word of Life since 1995, and in South Africa since 2001! In 2012, the Hawkins' family opened a new branch of the ministry in the Durban area, approximately 7 hours from their previous location.

Brad's primary ministry is to local churches; specifically training, discipling and encouraging youth leaders to better minister to their teens and children. This includes introducing the ministry of WOL to the local pastors and youth leaders and providing orientation and training on a regular basis. Brad is also involved in running WOL events for local churches, involving both evangelism and discipleship. He helps plan and run yearly camps, missions trips, and coordinates and hosts short-term missions groups from overseas countries.

Mary's primary ministry is to her husband and family, but she also handles correspondence for their ministry and helps with administration, paperwork and office work. She helps run events and camps, cooks for groups and assists the team wherever possible.

I was saved at a very young age after hearing a Bible story taught by a teenager that was practicing for WOL Teens Involved. My relationship with Christ became much more real to me when I went on 2 short-term mission trips in high school to Australia, New Zealand, England & Scotland. It was on one of these trips, while acting out a drama about the life of Jim Elliot, that I came face to face with the question, "Would you be willing to die for God?" It was then that I knew I needed be involved in full time ministry. I was able to attend the Word of Life Bible Institute and the School of Youth Ministry, Missions & Evangelism; it was while I was there that I was invited by a fellow student to begin praying about opening the ministry of WOL in South Africa. What was then a prayer has become a reality!

It was at a very young age that my Sunday School teacher showed me my need for Christ and I accepted Him as my Savior. At the age of 14, I attended a missions conference and, through the influence of some amazing missionary testimonies, I made a promise I God that said, "All that I am, all that I have and all that I ever hope to be, I give to You." While I didn't always make the right choices through high school, I was consistently reminded of that promise. I had peace that God wanted me to be involved in full-time ministry. Brad & I felt God directing us to minister in South Africa while we were engaged, and we were married in June of 1993. We joined WOL in 1995, and have served in South Africa for almost 20 years! Just a little about our amazing children: Brandon and his wife, Brianna, serve as word of Life missionaries to Taiwan, Marissa is a sophomore at the Word of Life Bible Institute, and Mya is a freshman in high school.

2 Timothy 2:1-2 Thou therefore, my son, be strong in the grace that is in Christ Jesus. And the things that thou hast heard of me among many witnesses, the same commit thou to faithful men, who shall be able to teach others also.