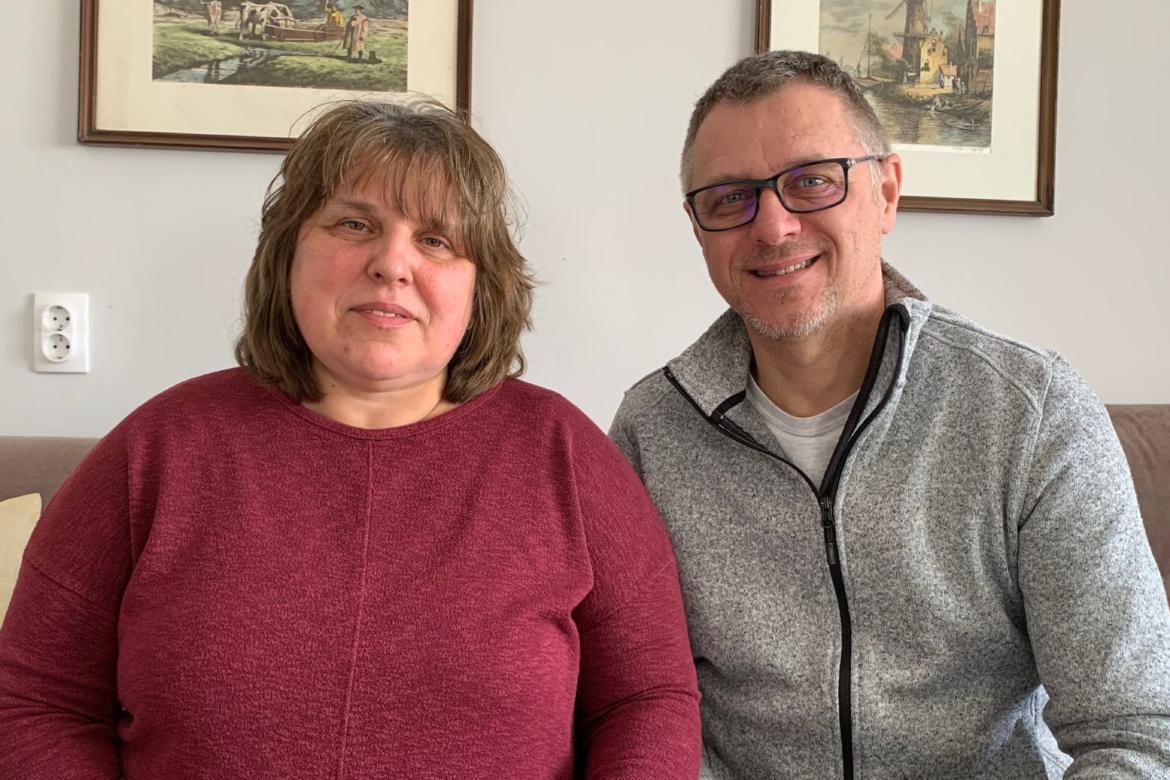 My wife and I are very first Word of Life Missionaries to Serbia, Europe. We just incorporated as WOL Serbia and I am a vice president. I regularly lead one kids bible club in the public club, preach in 3 churches every Sunday, organize 4 weeks of Word of Life summer camps and help in leading of some other camps and bible clubs in Serbia.

I was born in 1969 in Serbia, in the pure worker family as the first of two children. My father was a manual worker and my mother was a housewife taking care of the children. We lived in the church apartment. My parents we house kippers of the local Baptist church. My parents are born again Christians and I have listened about Christ from my childhood. I was taken to church every Sunday and my parents were the best examples of Christians for me. They lived with Christ every day. I saw them praying and speaking about Jesus every day of my life. They gave me a good education and the best life they could. Now I can see how God was preparing my life to be able to trust and follow Him. Later, I finished Theological College and now I have been working as a pastor for more than 13 years.

But it was not always like that. Even though I knew many facts about Jesus and I was possibly spiritually the most informed child in our town, I found myself as a disobedient, rebellious teenager and I made a lot of trouble for my parents. I hated rules and I wanted to be independent. I was a rebellious son. Yet I believed in God. My parents wanted me to be example for other because I was older son. They also lived as examples for others always trying to draw others to Christ.

By being disobedient, rebellion and unable to change my life, my life became even more miserable. I knew there was a God who could see all my life, my thoughts, words and actions and I wasn’t proud of many things that I did but I couldn’t do anything to change my life and be different even I believed in God’s existence and have grown in the family where I learned all I could about God. I was afraid of the punishment that will once come upon me because I realized that I am sinner. But, somehow, I continued to live without fellowship with God. At that time, I was smoking and drinking teenager. I was also a member of a teenage gang that was able steal everything they could and. We were able to do everything but good!

It seemed to me that even God couldn’t change me. Things got so bad and I was so deep on the bottom of my life, I even wanted to commit suicide. I tried everything I knew but nothing worked. Nobody showed me practically how to come to Jesus and nobody told me that all I knew about Him is true today and He is able to help me right now.

My parents prayed for me regularly. I heard my name many times in their prayers before they went to sleep when I passed their bedroom. They loved me, counseled me, and wanted to prevent me from destroying my life.

The Lord God heard their prayers. In the winter of 1981, I spent one week at a camp for teenagers. In that week I was taught more practical things about how to come to and follow Jesus, then in all my previous life. At the end of that week, which was the most blessed week in my entire life, there was a well-known preacher who preached that night just to me I believed. I felt in my heart that he was speaking directly to me! He did not know me but it seemed to me that he knows all about me, every secret! I realized that this must be God because just He is able to know everything. I realized that I was a sinner, even worst that I thought before. I knew that I deserve death (Romans 3:23 and 6:23). I was so sorry. I understood that without forgiveness, I would be lost for eternity because I couldn’t earn my salvation and I couldn’t do anything to change myself. But, in spite God’s anger I heard that even though I’m a dirty sinner, God still loves me and wants to forgive me and have a friendship with me! He wanted friendship with me? Oh, I needed forgiveness and a changed life but I wasn’t able to change! Neither the Christian family nor the church was able to give me freedom of sins

Now I believed and was ready to dedicate myself to Him. I believed that He died for my sins and rose again to show me that I can live forever too. I was ready to surrender all my life to Him. Finally, I was ready to let Him be the leader of my life. I confessed my sins with tears to Jesus, begging for forgiveness. I asked Jesus to lead me from that point in my life. I asked him to be my Master and Owner. I promised to follow Him to and serve Him until the end of my life. I did this on my knees with some other people who came to the front of the church that day.

From that time on, my life became to change because I knew that I belong to Him. He is a living God, working in my life. God faithfully started to lead my life. He never left me. Everything changed in my life. I was a new creation. The distant God became a new, close Friend to me.

How great it was when God started to answer my prayers!! Before that, I memorized and prayed the prayers that my parents taught me, but now, my prayers became a conversation with the living God!

His Word started to change me. In the Scripture I found several things that I have to leave and many new things that I have to adopt in my life and I still work with God on many of them. I left some bad habits and I added some new good habits. God is changing me every day. Many people noticed that I was different.

In these days, God is teaching me how to be a father of teenagers and how to work in the team. I am trying to be good example to my family and friends. God is preparing me to work better with youth and to better share my faith in Jesus with others. I am preaching in the local church almost every Sunday and Wednesday. I try to testify about Jesus to our neighbors and I pray for them every day. I would like to see saved people and to serve the Lord with the WOL Serbia team in reaching people for Christ through summer camping and evangelism of all kinds.

My name is Elizabeth Vika. I am from Serbia in Europe. My husband Darko and I are very first WOL Missionaries in our country. My husband is also Baptist pastor in our local church. I am also mother of four children. That makes me very busy housewife too.

I was born in Christian family more than 40 years ago in the time when there was communist regime in our country but by the Lord’s grace, we were allowed to attend our local church so, my parents were already second generation of born again people in our family.

I was in the church from my childhood. By attending the Sunday school, I knew much about the Bible, God, Jesus and I knew almost all Bible stories but I have grown as unbeliever and I walked toward hell.

Even I spent many summers and winters on church camps, during my teen age, I have never heard clear the Gospel and I felt that I was lost. Nobody knew what happened in my soul but I was afraid that if I die, I will spend my eternity in hell. I tried to live the best life I could and everybody only by watching my life would say that I am a good teenager. I was obedient to my parents, good student, responsible but, I didn’t know the Lord.

Finally it happened that there was an evangelistic meeting in our church. The preacher preached the Good News massage that evening only to me, I taught. Everything was so clear. He spoke about sin and I recognized myself. Then he spoke about God’s grace, His Son giving his life for me, willing to forgive me all my sins and giving me a new, eternal life if I call upon Him and ask Him to.

I waited until the end of the meeting and I came to speak with the preacher. The preacher explained me again the Gospel and asked me do I understand. Yes, I understand and I wanted to know Him personally. For the first time I prayed to the Lord from my heard and it wasn’t something somebody taught me. It was a conversation with the living God.

From that point my life started to change. I became to understand the Bible more and more. After few months I was baptized and later I started to help in Children Sunday Bible School.

Later I met my today’s husband and we began to serve in pastoral ministry after he graduated the Theological collage.

In 2005 we got connection with WOL because we wanted to work more with youth and the Lord called us in ministry with WOL. After my husband graduated in WOL BI in Hungary in 2008 we have been accepted as WOL Missionaries and now we are raising support for our ministry.

We already have 4 weeks of very first WOL Summer camps in Serbia and our vision is to have at least 10 weeks of summer camps every year.

We need prayer and financial support, staff and volunteers. Please pray that the Lord will help us to walk through the door He already opened for the Good News in Serbia.

He that saith he abideth in him ought himself also so to walk, even as he walked. 1 John 2:6