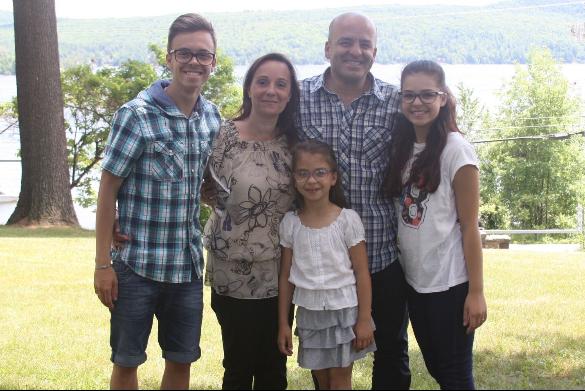 By the Grace of God , from June of 2016 , I am the coordinator of the Ministry of Wol Italy . The main purpose of our ministry is to win the confidence of the shepherds to be able to work in the lives of young people through various activities such as, camping, conferences, discipleship, Bible lubs, evangelistic events etc . In the coming months we have the intention to prepare all the necessary material for future Bible club and start with the weekend for young leaders.

I was born in Sardinia, an island in the Mediterranean, in a Catholic family. My mother received Christ as personal Savior when I was six. From that moment he began to take me with her to church, where I learned many Bible stories, but mostly I listened about Christ and the message of the Gospel. All went well until 14 years, when my mother decided to leave me free to decide whether to continue to go to church with her. Since I was not interested, I decided against it. I was perfectly aware of my mistake because I knew that I had not received Christ as personal Savior

At the age of 21, October 1, 1989, I surrendered to Christ, after trying in vain to fill the void in my heart with so many things. The day after, when I was reading the Bible, I decided to consecrate my life to the Lord. I got married in September of 1995 with Lory, and four months later, we left for the Bible school of Wol Argentina. Since 2001, we serve the Lord as missionaries in Italy, working with various churches in Italy and also in Switzerland.

I was born in a very Catholic family , so I felt often speak of God , but not of Christ . When I was 11 one of my aunts know Christ as personal savior . Every time I went to his house she always spoke of Christ and especially the rapture of the church. Two years later I attended a Christian camp, where even on that occasion, they spoke of Christ and the rapture of the church, doing a lot of practical examples and understandable. The Lord touched my heart and I knew I was a sinner and that I need his forgiveness through his blood shed for me on the cross. I began to serve in the church with the children and adolescents, understanding clearly the call of God to serve him full- time. Thank God , when we were in Bible school Wol Argentina, I had the joy of bringing to Christ our son Stefano and later Daniel and Noemi

A men's heart deviseth his way: but the Lord directeth his steps Pr. 16:9