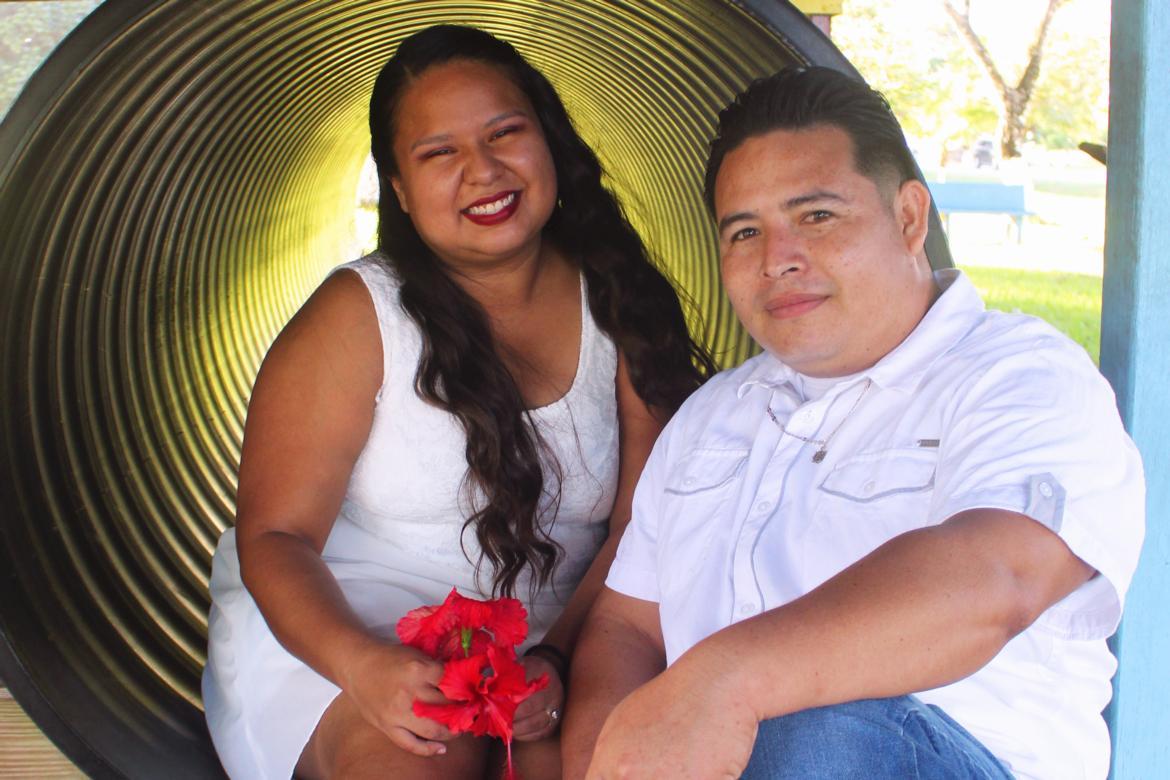 I was born in a Christian family where my parents instructed me in the paths of the Lord from a very young age. I made a decision to accept Christ as my personal savior when I was 8 years old. Two years later my parents stopped attending church, and as a result of that, I stopped attending as well. From that point on things changed in my family, we stopped praying and reading the Bible. When I started high school I started spending more time with unbelievers and began to live a double life. At home and at school people thought I was a good person, but I was very different among my friends. I got so used to living this way, that in became an easy routine. I know God placed many different things in my life to bring me back to him and I would cry out to Him in those moments, but once the difficult situations had passed, I would remain unchanged.

This lifestyle continued into my years at college. In January 2011 the person I least expected to reach out to me, came to my house and invited me for the opening of the “Christ our Refuge” Bible Club. I knew it was God’s way of giving me a second chance. I made it as far as the gate before the real battle started in my heart about whether I should stay or not. It was like I had a fire burning inside, until I decided to stay. That night I recognized that I was not living the way God wanted me to and that He had greater plans for me. That day I knelt to pray for the first time in a long time! I recalled the bad things I had done and the people I had hurt, and determined that from now on I wanted to make a difference for the Lord.

I continued to attend the Bible Club faithfully and started a discipleship. Later I was able to serve as a club leader. In June of 2011, as I was finishing Junior College, I had a choice to make; to find work either in Belize or Mexico, or seek God’s plan for my life. Weeks later a friend invited me to consider going to study the Bible at the Ministry Training Center (CCM) in Guatemala.

One of the classes that used to impact my life was “The Life of Christ”, up until that point I was doing things only for the grade, but God changed my heart in that class. He gave me so much more than I ever expected, he gave me friends, families I grew to love as my own, a better life where I learned to love people and spend my life for others. I started to pray for all the people I had known and never shared the gospel with. That same year, the Lord gave me the opportunity to share the gospel and lead to Christ the person who had been my best friend.

I knew God had great plans for me and I was praying for Him to lead me and use me how he wanted. During my least year at the Ministry Training Center, Odwar Acevedo invited me to be a part of Word of Life Belize, and after some prayer I decided to answer God’s call on my life for full time ministry. I have been a missionary since 2014. It is by God’s grace and mercy that I serve Him today and I can look back on my life and see how he has placed every detail to lead me to where he wants me to be.

I was blessed to be born in a Christian family and of coming to know Christ as my personal Savior at the age of 5. I was taught how to serve the god of my family, God was not the center of my life. When I was 16 years one of my closest family members, of my same age, passed away because of brain hemorrhage. During the time my family mourned, God was telling me that He wanted my whole life, He owned it and could claim it whenever He wanted. Most of all that He loved me so dearly that wanted to have a close relationship with me. So, at that age I committed my entire life to God during the first Word of Life camp ever held in my country, Belize. I started my Bible studies at the age of 17 in Word of Life Guatemala, where God worked in wonderful ways in my life, calling me to serve Him. I became a Missionary in Word of Life Belize when I was 21 after I concluded my studies in the Bible Institute in Mexico. I pray God may use me as is His will until the day of Jesus Christ.