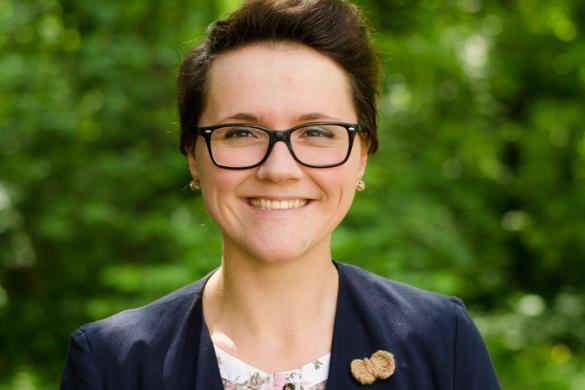 ContactSign Up For Newsletter

- My main resposibility is the work at Academic Office as the Academic Assistant. My job is actually anything between printing notes and grading exams, communicating with the students/ teachers, overseeing the verbal/ nonverbal translation to Hungarian. I enjoy that during this job I can get to know the students, teachers and my theological knowledge can grow either.

- I keep in touch with some Hungarian girls from the summer camp ( personal meetings, phone calls, messenger conversations)

I am Johanna, I am from Hungary. If I want to describe our culture, it is all about shame. I really love my family, it was not different. I grew up In that environment and I got saved through my mom in the age of 12. Till then I was kind of expert in ' I do/ say what others want me to do/say ' way of thinking. I thought that is the same with God. This way of thinking, lifestyle produced a double life. God has shown me many times that this is not good in His eyes and sinning in mind is just as the same as in acts.

After many summer here in the camp, I applied to the Bible School, for I determined myself that I only wanted to please God in my mind and in my acts too. Those two years gave me a strong foundation on which I can lean on since then. Afterthat I moved to Budapest in 2014. God gently recalled the thought of full-time ministry. Basically - and I realized it later - He just reminded me to the promise I made in 2012 on our Missions Conference: "I'll go wherever you call me!" I kept fighting with Him for I did not think that He would mean it seriously for " I am not capable of doing anything right." However in the summer of 2016 for God's calling I quited my job/life in Budapest and I said:

Since 2016 September I work at the Academic Office in the Bible Institute. God has showed me many times through my summer ministry and my current job that I can relate easily to the problems/ questions of the young adult girls for I went through them out. He has showed me either how important it is to be with them in these seasons of their lives, and just be there and listen to them. They are needed to be encouraged that there is hope, there is freedom of the bondage of our shame culture. Then I was sitting in a swing in 2017 summer and could not think about a thing but the following: "I would not do anything else and be anywhere else!'That was the moment that gave me peace about being a missionary, so I can live for those girls in the summer camp as a unit leader or as an academic staff in the Bible Instute or just as a friend ... and I can just take care of them!

" His divine power has granted to us all things that pertain to life and godliness, through the knowledge of him who called us to his own glory and excellence" 2 Peter 1:3