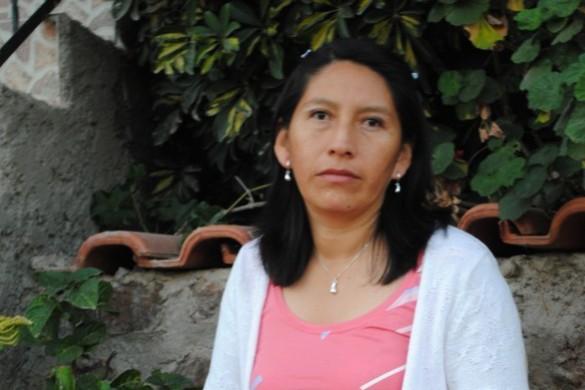 ContactSign Up For Newsletter

I was born in a catholic home and was raised by my grandmother who had saints and idols in her house, but I always had a thirst for the True God. One day I went to my brother-in–law's house, who is a pastor, and he invited me to an evangelistic rally, where they showed a movie about Hell. During this movie I realized that my life was in a danger because if I died that night I would go to hell because I was a sinner and I needed Christ. I also came to understand that He gave His son because He loves me. It was that day I accepted Christ as my savior. I started a church in my home, and 2 years later I went to a Word of Life camp. I dedicated my life to God during the campfire service.

I always wanted to have the freedom to serve Him, but my grandmother never allowed it, not because she was bad, but because she didn’t understand. I grew cold and began living a materialistic life. My grandmother passed away in 2000, which left me feeling alone so I tried to fill my heart with possessions. All I had left was life filled with bad decisions.

I back to a Word of Life camp in 2002 and it was there that I was confronted with the Word of God. I realized that I was contaminating myself with the things of His world. I later attended the Bible Institute in Argentina, and It was during this time that God began healing my wounds and rehabilitated me, so that I could serve Him here in Bolivia as a missionary. Now, I have the liberty to serve Him, my desire and prayer is to be able to be faithful in His work until He comes Psalm 37:4

1 Thessalonians 5:24 He who calls you is faithful, who also will do it.