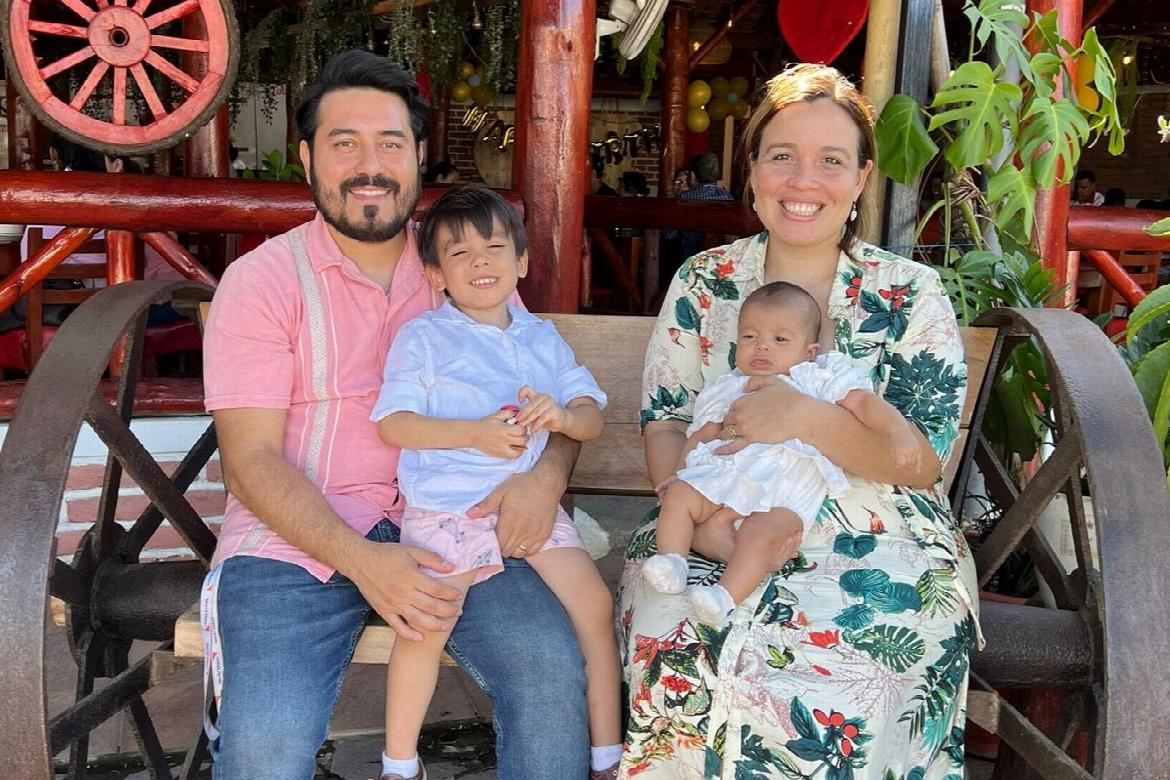 We are Missionaries in Word of Life Nicaragua, we are in charge of the Student Life area in English for Life in Nicaragua (E4L). English for Life began in Asia. So, we adopted the idea in Nicaragua, E4L is a four-purpose program: Evangelism, Discipleship, a school of English as a Second Language (ESL) and ministry training.

Some of our students are not Christians and in an internship program like this, it makes it easier for us to share the gospel and disciple them during the 8 months of the program and some of them come to Christ in this program. This is one of the reasons why we say that English for Life is a very effective evangelism and discipleship ministry. Also, we have Christians students from different churches that work with Word of Life with the Bible Clubs.

The program also allows students and us to be part of the other areas within the Ministry of Word of Life, because the students do their translation practices with the United States mission teams that visit our country. Also, as part of the program they participate as Staff within the evangelistic activities and camps that Word of Life has throughout the year, and also they are taught the Bible Club philosophy to serve God in a better way in their churches.

My name is Karl Pérez. I was born in Managua, Nicaragua on November 4th, 1989. My family and teachers at my school talked to me about God ever since I was a little boy. I never went to church regularly and I used to believe that I was saved by works and by doing good things, and thought I was going to heaven, if I died, for being a good person.

In February of 2009 I was invited to attend the youth group of a Baptist church called Encuentro con Cristo (Encounter with Christ). I began to learn a lot from a Bible study of the book of Romans that was held every Saturday in the youth group. As I started to learn all it says about salvation, I realized that I was wrong, but didn't understand everything yet.

On September 5th of 2009, I attended the Supermatch (an evangelistic activity organized by the Word of Life Ministry in Nicaragua). God was already working in my life and I finally decided to go after class. Twenty minutes later, Guillermo (the Word of Life Director in Nicaragua) shared the Gospel and then I realized that I was not saved and decided to believe in Jesus as my savior. This is also my deepest desire for you, if you are not sure of your Salvation, to believe in Jesus the son of God as your one and only Savior, “…for whoever believes in Him will not perish, but have eternal life.” John 3:16b

On January 2010 we had the Word of Life summer camp. It was a beautiful experience as a camper, with many decisions to be made, and God was preparing me for what was coming afterwards. A year later, during summer camp in 2011, this time serving as part of the staff, God called me to become a full-time missionary. That year after summer camp I was offered the opportunity to be part of the youth leader´s team at my local church, in which I am still an active member.

Throughout the years of 2011 and 2012, I prayed for an opportunity to go to the Bible Institute to prepare myself and serve the Lord where He wanted me, and from the beginning of my calling, I knew he wanted me to serve in Nicaragua.

He opened that door in 2013 and I was able to study in Argentina for 3 years, after our second year in the B.I., Alba and I got married in Nicaragua, and decided to serve the Lord together as a family. We are now in Nicaragua serving as full time missionaries and we thank God for the opportunity to serve Him even when we know He does not need us. It is a privilege!!

I was born on December 18th, in a Catholic Family. I accepted Jesus in 2006, my cousin Jader shared the gospel with me on internet while he was studying at the Word of Life Bible Institute in Argentina, I started attending a church occasionally, I was baptized in that same year, but I had not begun to grow spiritually.

At the beginning of 2010, I experienced very hard situations in my life which God used to show me that despite being his daughter, I still found it difficult to trust him in many things because I was not cultivating a daily relationship with Him. So, in that year my cousin now living in Nicaragua invited me to participate in Word of Life activities, and that's where I really started having Christian friendships, which taught me the importance of having a daily time with the Lord, a life of devotion, and seek holiness.

The Word of Life missionaries started a discipleship with me and helped me to find a new church, and that's where I met Karl.

In January 2011, in summer camp I consecrated my life to the Lord, and I also promised the Lord to prepare myself to serve Him in a better way.

So, in 2013, after many weeks of fear and even doubting my calling to serve God full time, I finally decided to take that first faith step of going to study the Bible in Argentina. In March 2013 I started my first year in the bible institute. It was during my entire first year studying that the Lord confirmed my calling as a full-time missionary and also began to show me the place where He wanted me to serve Him because I could realize day after day of my desire to work in the lives of the youth, for the opportunities and programs that Word of Life provides to be able to reach them, and ultimately for the wide opportunity to bless young people not only from our church, but from all the churches with whom we work and even with young people in other countries.

Take heed therefore unto yourselves, and to all the flock, over the which the Holy Ghost hath made you overseers, to feed the church of God, which he hath purchased with his own blood. Acts 20:28