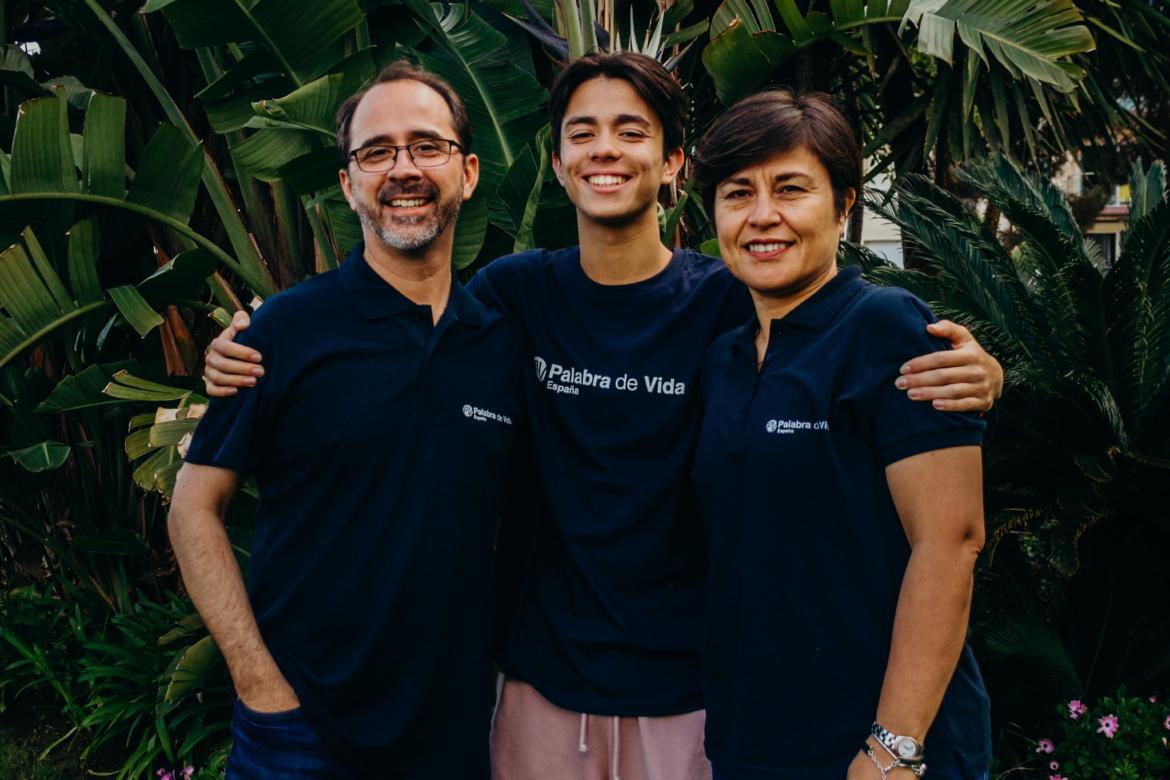 At this time we are serving in the pastorate of the Calvary Baptist Church in Madrid. God has given us children and youth committed to the Lord. The best gift I have received over these past 12 years is the several families that have become great friends as well as brothers and sisters in Christ.

Also serving as the vice president of Word of Life Spain

From the time I was born my parents took me to an Evangelical Church, although while growing up they moved away from the Lord, I kept going to Sunday school. At age 12 I really understood the meaning of Christ's death and realized that I needed the forgiveness of my sins. On that same day I asked for Christ´s forgiveness, I stated my confidence in the cross and in the power that Christ died to forgive me, taking my place on the cross, and by resurrecting he certified the victory that I had in him.

Sadly a year later, and coinciding with my entry to School, I started to walk away from the Lord. For five years I wanted to live the life that the world offers, It was a time of social change in Argentina, where freedoms did much damage. Finally when I was 18 years old a friend came to me and asked me if I wanted to go to the Word of Life camps in Argentina. That week I dedicated my life to God. That same year I went to study at the Bible Institute, I became involved in church planting and Bible Clubs ministry. At the end of the 4 years I got married with my wife Nelly and joined the Word of Life team in full time ministry.

After having served as leader of a Bible club as an area representative and regional director, we had the challenge go to Spain. We came to this country with many great expectations, and even though we suffered several setbacks God was with us, confirming that we should not leave because of the difficulties. After living here for nearly twelve years we have acquired our Spanish nationality, one of our children was born here, and God has allowed us to have many brothers and sisters, parents and children in this great country that needs the Lord.

I was born in the bosom of a Christian family, so since I was young I heard of the Gospel. I grew up thinking that I was a Christian and regularly attended Church.

At thirteen I had the opportunity to go to a Word of Life camp in Argentina. I was confronted with the spiritual reality that it wasn’t enough to live a “good” life and meet some Christian principles to be saved, but at that time I did not want to make a decision for Christ, my pride was great at the time. When I returned home after camp I realized that I need Jesus in my life so I accepted Christ as my Personal Savior.

During my time at University I tried my best to follow Christ but sometimes I was up-and-down spiritually. Once again I was confronted with my spiritual reality through a mentor that quoted 2 Co 15:15 "and died for all so that they live, already they do not live for themselves but for him who died and rose for them." I decided to devote my life to Christ and after 3 years I attended the Word of Life Bible Institute in Argentina where I learned about the Bible and how to share the word with others through service and the example of other people.

At the end of my third year of studies I got married with Marcelo and during that time we were serving in Argentina. My ministry was in the Deans Department at the Institute and I worked during the weekends along with Marcelo in Bible clubs and local churches.