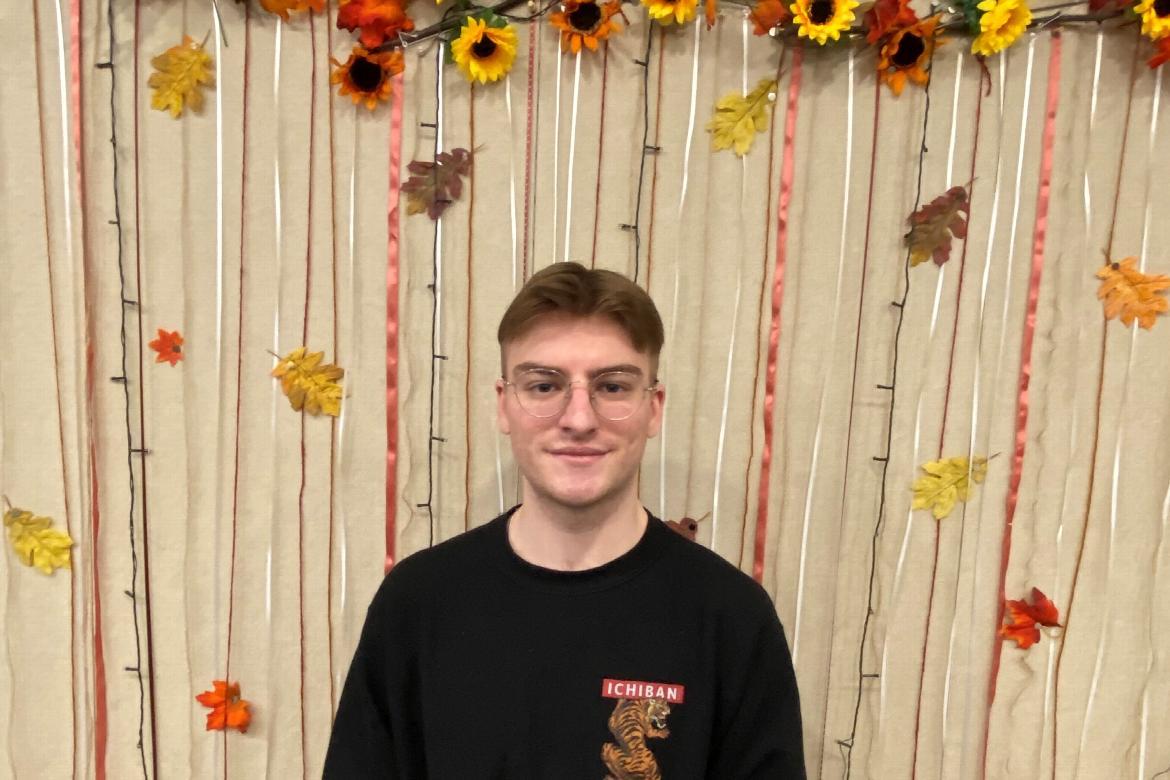 I was raised in a Christian home so I grew up learning a lot about the Bible, church history, and, of course, about Jesus. In my young mind, this was all just head-knowledge; things I needed to know for school. I understood a lot of it from a young age, but I didn't ever really learn how to apply it.

When I was 9 years old, my family moved to Japan because my father was serving in the United States Navy. I more or less lived the same spiritual life. I thought I was Christian because my parents took me and my two older brothers to church, I memorised the scripture from Sunday school, I could say all the books of the Bible, but inside there was something missing.

Just about five years after we moved to Japan, my father retired from the Navy and became a contractor to work in Singapore, so in March 2015 we moved there. It was here in Singapore that I started to develop my own thinking. I realised that Christianity was my parents' religion, not my own. So I began to distance myself from it in thinking. I still went to church and youth group because I saw it as a fun way to socialise with others as I had just moved to Singapore and didn't really know a lot of people. Eventually though, I got caught in the wrong crowd. I started living a life that I always told myself as a child that I would never live. After a year of living in Singapore, I started studying at a Christian secondary school. It was a good environment, but I still rejected Christianity. I didn't disrespect Christianity or those who believed it, I even recognised that Jesus was a person, and I did believe that He died and rose again; I was apathetic towards Christ. I knew He did, but I thought "I didn't ask Him to do it, so why should I believe?".

I lived in sin all through secondary school, and it wasn't until my senior year that I heard about Word of Life Bible Institute on Jeju Island, South Korea from the pastor at my parent's church. I wasn't exactly a good student in high school, so I figured I would go to WOLBI, get good grades (it was the Bible, how hard could it be?) so I signed up early and pretty much forgot about it. I had no expectations for WOLBI, I didn't know what it was or what I would be doing. I almost decided not to go, but my father persuaded me to go. I arrived in Jeju and got to the WOLBI Campus and within one week I wanted to quit. The only drive keeping me going was when I was told "I don't think you'll make it through the year at WOLBI" and I wanted to prove them wrong.

Through many situations at WOLBI, I could see there was something different about the staff. They loved me, and even when I made mistakes, they would give me a second chance. I saw this and I wondered why do they do that. I wanted to be able to love others, but I didn't know how. I eventually asked the Dean of Men at the time about what it means to love others and he told me about 1 Corinthians 13, the Love Chapter, and I realised that I need to love others with Christ's love, but I can't do that without first accepting Christ's love into my life. I decided that night, February 6th, 2020, that I decided to accept Christ into my life.

I planned to go to the second year program at WOLBI New York, but COVID hit and I was thrown into a sea of confusion. I didn't know where to go, I couldn't return to Singapore, I had nowhere to stay in the United States, so I talked with the Dean of Men and he mentioned SYME Korea and how he had served there before. So I thought "why not?", so after I graduated WOLBI, I contacted the director of SYME Korea and had my interview. Normally, they wouldn't accept someone who had just recently accepted Christ, especially with my background, but because the Dean of Men put in a good word for me, I got accepted to serve in SYME.

I never once ever pictured myself as becoming a missionary, but here I am. I love Korea and the culture, people, and the food, and I am so incredibly thankful to God that I can serve here. It is entirely by His grace and providence that I can be here.