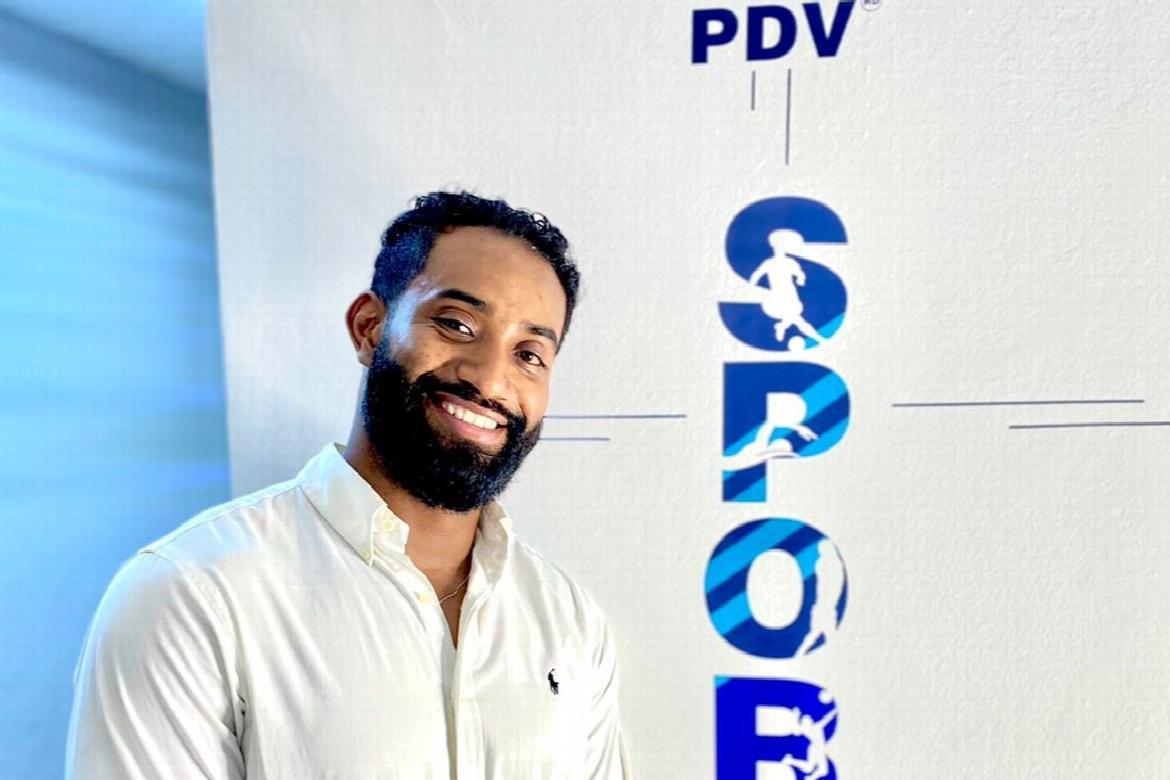 Missionary to the Dominican Republic

Currently serving with WOL Dominican Republic in the area of sports, Biblical Clubs and in the local church.

Now I have the privilege of sharing with you as I begin this missionary journey. I’ll share how I arrived, how I am able to serve and how you can be part of the best team!

I was born in a home where my father's passion was soccer and at the age of 5 they gave me my first pair of soccer shoes. I remember that it was part of my pajamas every night. I would stand in front of the mirror and imagine myself playing soccer in the largest stadium in my country. In my home no one was a Christian. Maybe my church was a soccer stadium on weekends. My parents instilled in me moral principles and education but the little I remember from home is my parents fighting and arguing. At that time I had a younger sister and every afternoon after school we left home to play soccer. That was when soccer took refuge in my life.

I was eleven years old when my parents decided to divorce and at that same age my mother decided to emigrate to the United States. Our parents left us and we both went to live with my grandmother. That same year we were invited to a Christian camp. They told us on the last day of camp there was a surprise for all the children. The surprise was that the children's families were going to join with them for dinner. I watched families come but my family never arrived. I remember that very day I said in my heart that I hated God because He had only taken me to that camp to make me cry. Since then I did not want to know anything about God and soccer became my refuge.

That year I was asked to play on the city's national soccer team for the next 5 years. At the age of sixteen I went on to sign my first contract as a professional soccer player. Without having anyone tell me what is right or wrong (around this time my grandmother who we lived with died) my worried mother sent to search for us to illegally enter the United States where she lived. I was happy because I was fulfilling my dream as a professional soccer player so unconsciously, I decided not to travel. I wanted to follow my passion and my dreams following soccer. That decision changed my whole life because not only was I angry with God but I was also fulfilling my dream, apparently I had everything.

At the age of eighteen believing that I had everything the world could offer me. Then the catastrophe of my life began. In a training session I suffered an exposed fracture of my right leg. I remember that I cried like a child not because of the pain but because I felt that my dream since I was a child was collapsing. But the most beautiful thing began there. Three days after I had the surgery I started asking myself this question… And what else is there? Thinking that I had everything, I now realized that I had nothing.

Until weeks later a friend invited me to a sports activity. I wanted to kill my friend because I thought he was making fun of me but he was inviting me to be the coach of the team! To my surprise, it was a WORD OF LIFE activity, a SPORTS MARATHON!

They asked everyone to sit down on the bleachers, but I was angry. I went to sit down then listened to what they wanted to say to me and there they introduced me to my Lord Jesus Christ, my only and sufficient savior. I could not believe that someone could give his life for me being a sinner, that He forgave me and not only that but that He allowed me to be a child of God. That day in May 2008 I received Christ as my savior. That same afternoon I grabbed my phone to call my dad to share with him about the decision I had made. I remember thinking about what my dad would think that this was crazy. “What are you talking about?” But it was not like that. From May to June, I started going to church and every time I left the church I would call my dad to talk to him about what I had learned. Until one Friday afternoon after my physical therapy at the club I felt desperate to see my dad face to face. It was something unexplainable but I invited my friend from the sports marathon to go with me. It would take us twelve hours to get to the city where my dad was so we traveled all night to arrive in the morning. When we arrived to his home on Saturday morning I was yelling “papa, papa”. Ny papa was bedridden sick so was in his room. The first thing I did was slide my hand under his head and tell him about Christ and what He had done for us. I remember very well that I asked him ... “Would you like to accept Christ in your life?” I had never seen my father cry. He was a 6’ 2” black man, I said this man will never receive Christ but that day with tears in his eyes he answered “Yes”. I grabbed my head thinking now what do I do or what to say next?

But then I remembered that a few years before my mother become a Christian and I called her, “My father wants to receive Jesus but I don't know what to say next” and she told me to put the phone on speaker and she would guide him the rest. They had been divorced for eight years old and had not talked for this whole time. I can still remember today my mother guiding my father to the feet of Jesus. This was my second most wonderful moment that the Lord allowed me to live. It was a Saturday morning and I had to return to my city to continue with my soccer team. Sunday, Monday, Tuesday, Wednesday went by and Thursday afternoon I received a phone call from my cousin saying “MYKE YOUR PAPA DIED!”. I remember well that I fell on my knees and cried but not sadness but rather I was happy because I couldn't believe that two months ago I had met Jesus and then my father. I now had a hope that later I would see him again and it ended with this. You might ask yourself: “Why do you serve in the ministry of WORD OF LIFE?” Because it was the ministry that God used I make it possible for me to meet the Lord Jesus Christ. There are so many stories to tell and the Lord continues to write His story in my life.

1. I have not seen my mother for 22 years and I would like you to pray that I can reunite with my family.

2. That I stay true to the privilege that the Lord has called me to be part of His team.

3. For the Lord’s everyday provision and financial support. I am praying the give me 50 ministry friends that commit to $25 per month. Please pray about being on my support team.