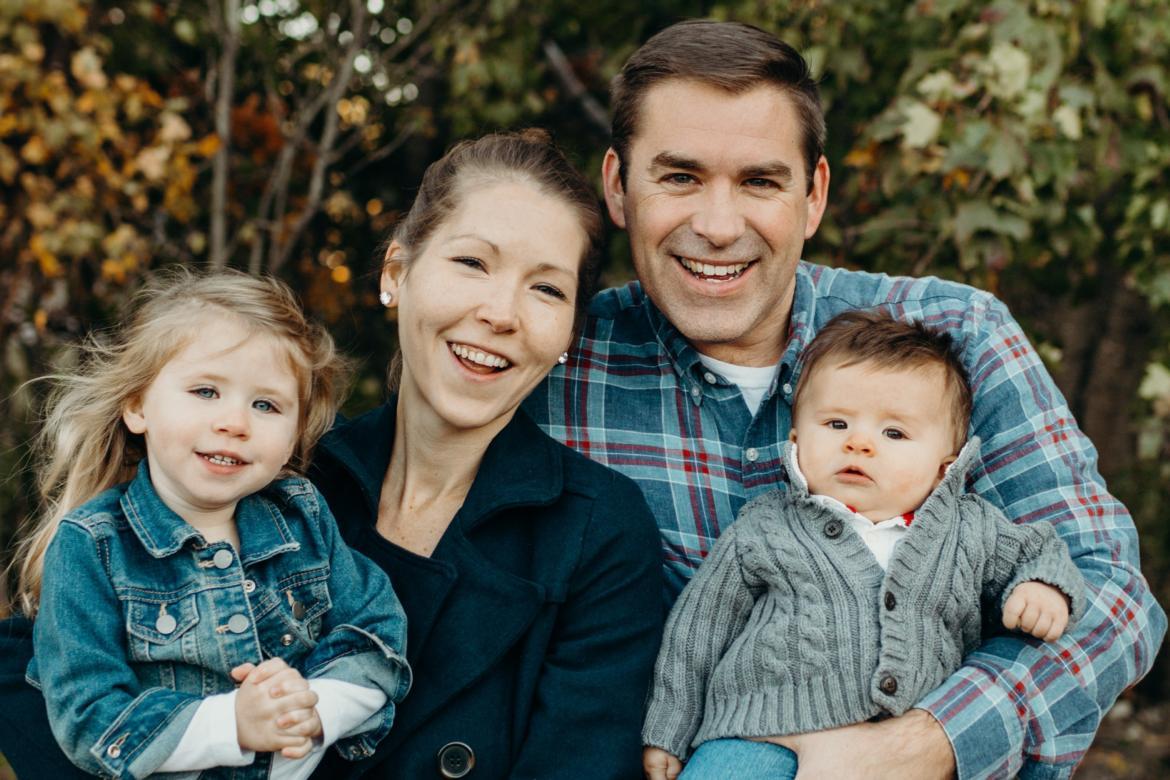 Paul and Jill Weaver are missionaries with Word of Life International Bible Institutes. Paul serves as the Academic Dean and International Faculty Coordinator for the seven, soon to be ten, teaching sites around the world. These accredited teaching sites include, New York, Florida, Ontario, Quebec, South Korea, Uganda, and most recently, Hungary. More teaching sites will be added in the future, because it is WOL’s vision to have “One global Bible Institute with strategically positioned teaching sites, cooperating together to fulfill a common philosophy, mission, and set of objectives in culturally effective ways.” Paul plays a key role in the fulfillment of this vision as the Academic Dean and International Faculty Coordinator, as he recruits and vets the Bible Institutes' guest teachers who minister at the BI’s around the world, and overseas the academic program. Paul serves as a guest teacher himself at each of the teaching sites, in an effort to encourage the students and staff on a regular basis, and do what he loves the most, teach the Word of God. In addition to his teaching responsibilities, Paul is passionate about heading up new writing projects within Word of Life, which will provide students internationally with valuable, yet affordable, Bible study resources.

I was born into a home with parents who dearly love the Lord. I was only six years old when my mother led me in the sinner's prayer. As a teenager, I dedicated my life to Him at a Word of Life summer camp, and as a student at the Word of Life Bible Institute, I committed my life to full-time Christian service. It was while I was a student at Appalachian Bible College that I felt the Lord was leading me to be a missionary. I continued my preparation for ministry at Dallas Theological Seminary, where I earned a Master’s Degree in Theology. Through a series of events and the Lord's leading, I was in Hungary one month after graduating from DTS.

I served with WOL Hungary as a professor of Bible and Theology since September, 2003. For the first five of those years I also served as its Academic Dean. In February, 2009 I became the Bible Institute Director, and in May of 2013, I took on the additional responsibility as Associate Director of Word of Life Hungary. During my time in Hungary, I began my PhD studies in Bible Exposition with Baptist Bible Seminary.

I now serve with WOL International Bible Institutes as the Academic Dean and International Faculty Coordinator. Some of my responsibilities include, servicing the accredited teaching sites, recruiting and vetting WOLBI adjunct faculty, and insuring high standards are being maintained in the classroom. I teach as an adjunct professor on a yearly basis at the Bible Institute locations worldwide, and provide staff training and advice as needed. Additionally I am involved with curriculum evaluation, and the writing of Bible study resources, as well as lead collaborative writing projects.

I have written and contributed to several books and journal articles, all of which can be found on my website, www.PaulDWeaver.com. I also have a weekly podcast where I interview the incredible guest teachers who visit our New York campus. We cover everything from theology to current topics in the church. You can listen and subscribe by visiting www.Learn.WOL.org.

My passion is to teach the Word of God and provide others with the resources to study the Bible for themselves. I am privileged to serve as a missionary with Word of Life, because it provides me with the opportunity to use my gifts and passions to minister to others around the world.

I was born into a Christian family. At the age of five, my grandparents led me to the Lord at a Child Evangelism Fellowship Club, which was held in our home. When I was ten years old I began attending a Word of Life Club in our local church. Through summers spent as a camp helper in New York, and my time as a student at Word of Life Hungary Bible Institute, the Lord has allowed me to draw closer and closer to Him. With His help, I hope to become a better servant of the Lord each and every day.

Paul and I are from the same home church in Columbus, IN. During our courtship, I attended the Bible Institute in Hungary, and yes, I was Paul's favorite student! We were married in December, 2006, spent one year in the States raising additional support, and were back in Hungary as a married couple by February, 2008. During our time in Hungary, I earned my degree in Business Administration through Liberty University's online program, and began working on a Master's in Biblical Studies through Tyndale Theological Seminary. In Hungary, I served with the Bible Institute as the Admissions Coordinator, Financial Assistant, Hospitality Coordinator, and Scholarship Coordinator. I discipled several of the female students as well. While I wore many hats, my favorite ministry was inviting students, staff, and guest teachers into our home for a warm meal and fellowship together. We also hosted a neighborhood Bible club, consisting mainly of Gypsy children, which was quite an experience, but so rewarding!

Being a wife and mommy is a much different ministry than what I've been used to, but I wouldn't have it any other way. It is a tremendous blessing and privilege from the Lord!

"Lay not up for yourselves treasures upon earth, where moth and rust doth corrupt, and where thieves break through and steal: But lay up for yourselves treasures in heaven, where neither moth nor rust doth corrupt, and where thieves do not break through nor steal: For where your treasure is, there will your heart be also." Matthew 6:19-21