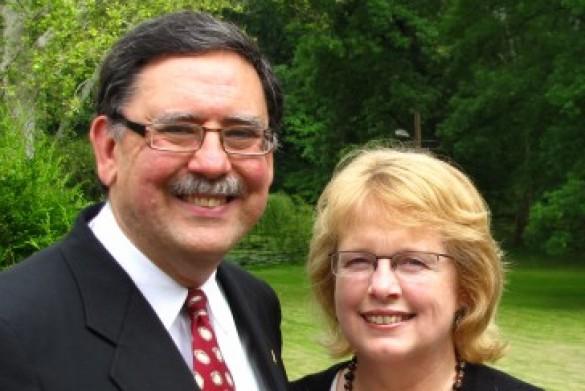 Alex serves as Regional Director of Word of Life ministries in Europe and Eurasia. These responsibilities include recruiting and examining potential missionary candidates for European fields; discipling and ministering to our field directors, their spouses and families; overseeing the ministries in European countries; carrying on an extensive preaching, teaching and conference ministry in Europe; and representing these ministries and helping build partnerships for them with local churches and believers in the USA and other countries.

I grew up in a Hungarian-American home in Cleveland, Ohio. My parents and grandparents were faithful believers. I came to Christ in April, 1970 during evangelistic meetings at our home church in Cleveland. Following this I graduated with a Bible major from Cedarville University, where Pam and I met in 1971, and we were married a year later. After graduating from Grace Theological Seminary and serving for sixteen years in two pastorates in Ohio and Indiana, God called us to return to my family's original homeland of Hungary in 1992. The Iron Curtain had just fallen, opening new doors of opportunity to reaching youth of the former East Bloc for Christ. We helped open the Word of Life Hungary Bible School in 1994, where we taught and ministered. I eventually served as director of Word of Life Hungary until 2013, when God called us to step into the regional directorship of Word of Life's ministries in Europe and Eurasia.

I came from a Christian home in Meadville, Pennsylvania. My father was a deacon in our church and we attended regularly. When I was about 12 years old Jack Van Impe came to our church for a prophecy conference. I was not sure where I stood spiritually before that time. but during that conference I trusted Christ once for all as my personal savior and committed my life to Him. After graduating from Meadville High School I went to Cedarville College, where I met Alex. I have since served in local churches as a pastor's wife, ministering to the church ladies, overseeing the nursery, and helping with visitation and counseling women. Alex and I joined Word of Life and moved to Hungary in 1992, where we served on the Word of Life Hungary team until 2013. At that time Alex stepped into the Regional Directorship of Word of Life ministries for Europe and Eurasia. We now make our European home on the campus of Word of Life Czech Republic, in the Czech town of Cerna Hora. We have three grown children who live in Hungary and the USA, as well as three grandchildren.

Mark 1:18 "And straightway they forsook their nets, and followed him."